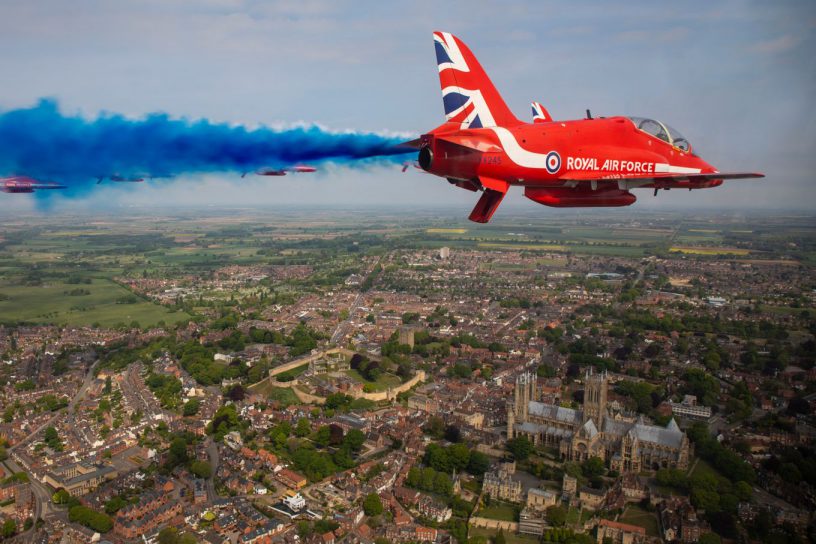 In various announcements in the local press here near ACC Towers and now in the National press it has been announced that the Royal Air Force Aerobatic Team (RAFAT), the Red Arrows will be relocating to RAF Waddington.

The Lincolnshire Live reported that,

“Lincolnshire will remain the home of the world-famous Red Arrows after the Ministry of Defence confirmed the location of their new home.

The iconic Red Arrows are to move a short distance to RAF Waddington once their current base at RAF Scampton closes, it has been confirmed.”

“Following the announcement in July 2018 that RAF Scampton would close, it was announced today that RAF Waddington has been selected as the only viable alternative basing location for the Royal Air Force Aerobatic Team (RAFAT) – the Red Arrows.”

Great news for Lincolnshire and the city of Lincoln as the world famous Red Arrows will stay flying in the skies over the area.